MFI Connect is the largest online student microfinance network in the world with members from over 64 countries and 150 universities. Chris Temple and Zach Ingrasci are founding members of MFI Connect so have had amazing access to the student network. Join the network to find information on microfinance, grassroot fundraising campaigns, forums, products, internships and much more at mficonnect.com

Whole Planet foundation has been an amazing partner for us as well as microfinance around the world. They have been an integral part in planning the project as well as providing a way to channel 100% of donations to Fonkoze in Haiti.

We would like to give a special thanks to Philip Sansone, director of the Foundation, for providing us with the funding we needed to make this project happen.

Grameen Guatemala has provided on the ground logistics for the entire project. The primary objective of Banrural Grameen Microfinanzas is to expand the coverage of the microcredit program following Grameen methodology in Guatemala. The collaboration with Banrural will allow for an increase in financial and logistical support within the country. In this year alone, the project has reached out to 3,513 new members and disbursed USD 2,015,255 to its borrowers. In addition to this, it has opened six new branches in Quiche, Chimaltenango, Totonicapan and near Lake Atilan. The project has a plan of opening three new branches in 2009.

Part of our project is to raise $100,000 for Fonkoze. Fonkoze is Haiti’s Alternative Bank for the Organized Poor. It is the largest micro-finance institution offering a full range of financial services to the rural-based poor in Haiti. Fonkoze is committed to the economic and social improvement of the people and communities of Haiti and to the reduction of poverty in the country. We believe in Fonkoze's model of microfinance and encourage you to find out more or support them at www.fonkoze.org

Two dollar challenge is an innovative initiative that is in line with our projects goals of encouraging awareness and action. It is an educational movement that engages students in the fight against global poverty. Their role is to: Show students a glimpse of what it means for half the world to live on two dollars a day; Inspire students to take action and help alleviate poverty; and Empower students with the skills and resources they need to become the next generation of leaders in the field of development. 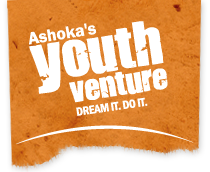 Youth Venture enables young people to learn early on in life that they can lead social change. Ashoka developed the concept of Youth Venture from understanding a key insight of Ashoka Fellows in the field of youth development: one of the most effective ways to improve the lives of youth is to empower them to realize their own ability to make positive social change. We are outselves are official Youth Venture members!
try { var pageTracker = _gat._getTracker("UA-1429984-4"); pageTracker._trackPageview(); } catch(err) {}